Centre of Economic Scenario Analysis and Research (CESAR) is a private research institute (SME) founded in 2015 by Professor Kurt Kratena in Sevilla (Spain). CESAR has been re-founded in 2018 in Vienna (Austria).

CESAR’s reputation is based on more than 20 years of working and research experience of the core persons in the institute in international (European Commission, IAEA, etc.), national (Spain and other countries) and regional (UK and Spanish regions) research projects with a focus on energy and environmental policies, reforms of the tax system and long-term scenarios for energy and environment

CESAR’s mission is to provide quantitative analysis of the socio-economic and environmental impacts of (a) long-term scenarios, (b) economic and environmental policy, (c) firm strategies, etc. based on economic modeling. CESAR’s modeling approach is broad and systemic as it describes all relevant relationships and ‘feedbacks’ between technological, economic, social and environmental factors. This differs from a narrowly specialized perspective of partial analysis, which usually just describes the relationship between the relevant factors in only one sector of the economy, or only in the macroeconomic area. All economic modeling done by CESAR is based on input-output models, so that results are obtained in terms of sectors of the economy incorporating all the inter-linkages between these sectors.

The working approach is guided by the following principles:

1) There is not only one future. For decision making it is indispensable to think of different scenarios and their respective impacts.

2) Econometric and other numeric economic models are not a ‘telling the truth’, but they are a useful tool for displaying systemic impacts and macroeconomic feedbacks (e.g. ‘rebound effects’) that would otherwise be invisible.

3) Interdisciplinary collaboration is important. As many new great ideas in economics have evolved in the combination with other scientific disciplines, collaboration is essential. One form of collaboration in which CESAR specializes is the linking of models (e.g.: macroeconomic model / model of climate change).

The singularity of CESAR is the specialization in economic modelling at three different geographic levels:

The core of each model alwasys consists of an input-output model, a model of private consumption, of production (demand for labour, energy, capital, etc.), of the public sector, as well as the labour market. External trade is modelled in a different way in each of the models, depending on the geografic level of the model. Data on the energy sector and the environment complement the models and are applied for an in depth- analysis of the energy sector as well as for life cycle analysis (LCA).

Examples for studies and models at regional level comrise: the provinces in Austria, the Basque Country, the nine “länder” in Austria.

Examples for studies and models at inter-regional level are: 33 regiones (the EU 27 and other countrries) in a model of the global economy.

Examples for studies and models at national level include: Austria, Spain, the EU 27 (as a single economy). 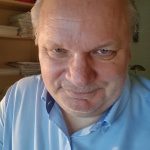 He worked at the Federal Chamber of Labour of Austria (1986-1992) and had scholarships at the Autonomous University of Madrid (1990-1991) and via the EU exchange of researchers program (SPES) at the University of Valladolid (1992-1993). Research visits were made more recently at MIT and FEEM, Italy (in 2006), Harvard University/ Professor Dale Jorgenson (2011), REAL at the University of Illinois (2013) and the JRC / IPTS in the European Commission (2015).

As researcher at the Austrian Institute of Economic Research (WIFO), from 1993, the main objective of Dr. Kratena has been the development and application of quantitative methods, especially input-output modeling.

He has also participated in a number of international research projects, in the fifth, sixth and seventh framework program of the EU Commission, all dedicated to modeling the relationship and interdependencies between economy, energy and environment. Between 2008 and 2011, he has developed a new dynamic inter-regional (EU-27) econometric input-output model (FIDELIO) for the JRC / IPTS in the EU Commission. 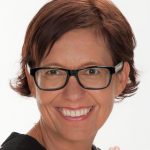 Mag. Andrea Stocker, born 1972, studied “Environmental System Sciences” and Economics at the Karl-Franzens-University Graz (Austria). In 2000 and 2001 she joined the Department of Economics of KFU Graz as research fellow. After that she was involved in several research projects (e.g. for BMLFUW and OeNB Jubiläumsfonds). She joined the Sustainable Europe Research Institute (SERI) in 2003 and specializes in the field of ecological economic modelling and input-output-analysis. From 2008 to 2019 she was head of the SERI research group “Integrated modelling and policy”. In 2020, she has started to work as free researcher in the field of sustainable development. 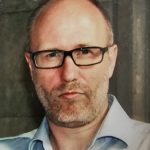 DI Anton Scharner M.S. in Engineering Physics from the University of Technology, Vienna

Anton Scharner specialized in probability theory of complex systems. From 1996 – 2015 he was at Alcatel (later Thales) responsible for the implementation of product analyses concerning reliability, safety, risk and life cycle cost. In addition to that he developed a probabilistic analysis program for Group-wide  deployment and established the automation of empirical field data. As part of an international standardization group he was playing  a leading role in the development of guidelines and standards for the safety of railway applications.

At CESAR, Anton Scharner is responsible for the implementation of large econometric input-output models. That comprises the design of implementation of the model equations into the modelling software, the analysis of scenarios and the user interface in terms of modelling inputs as well as results. He has a long-term experience in performing complex system analysis.